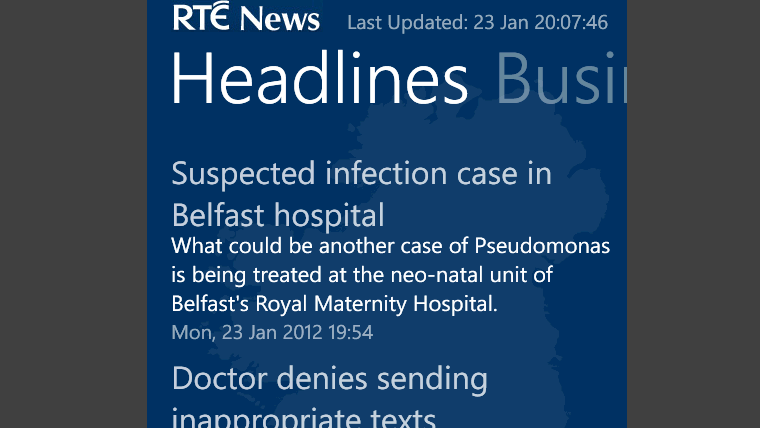 So I guess this was inevitable but RTE sent a cease and desist letter to me via the Windows Phone marketplace tonight. Their reasons for asking for me to take down the app were that I was using the RTE logo (fair enough) and for using the public RSS feeds which according to their terms are for personal use only....even though I never made a cent from the app.

This sucks. I must have spent at least a few hundred hours on the app from design to development to support. I was working on a Windows Phone 8 version of the app which sadly won't see the light of day now.

No point dwelling on the negativity though. I got the experience of working on a windows phone app which was great fun and my app remained in the top 10 free apps since its release nearly a year ago.

I had nearly 7,000 downloads of the app which was good going for an Irish app in the marketplace.

The app has now been removed from the store. Roll on the next venture!